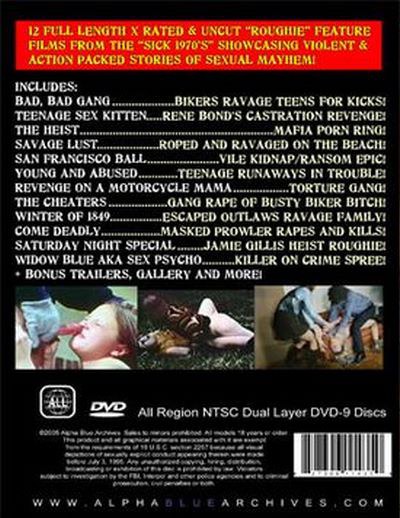 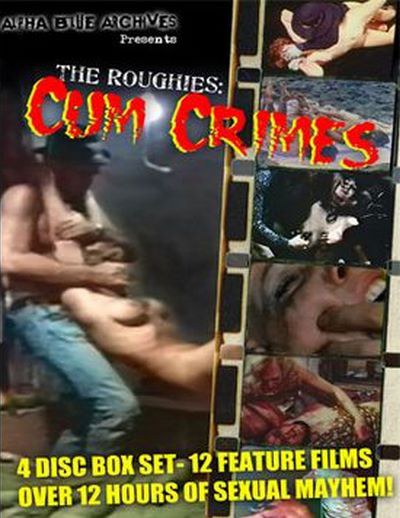 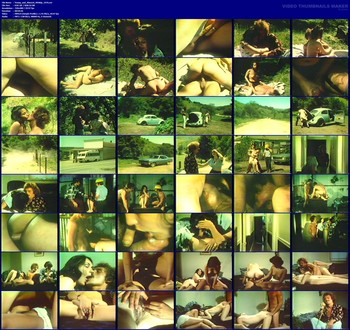 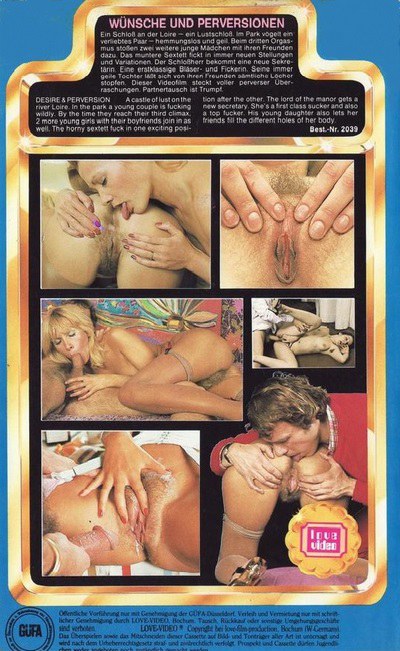 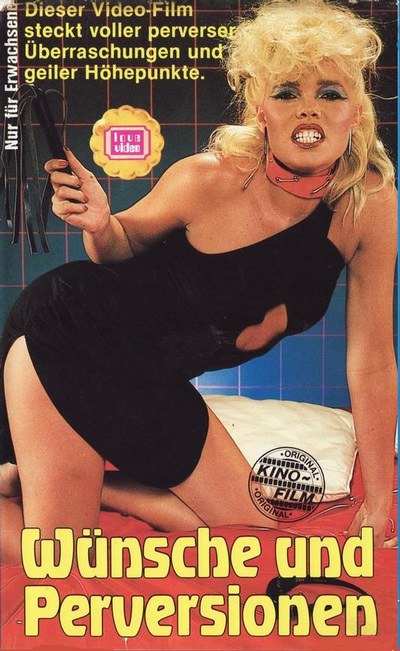 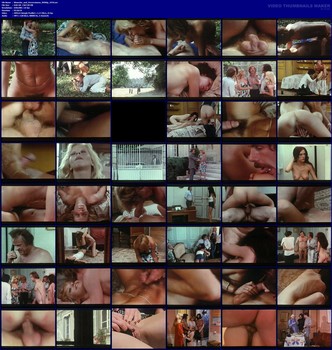 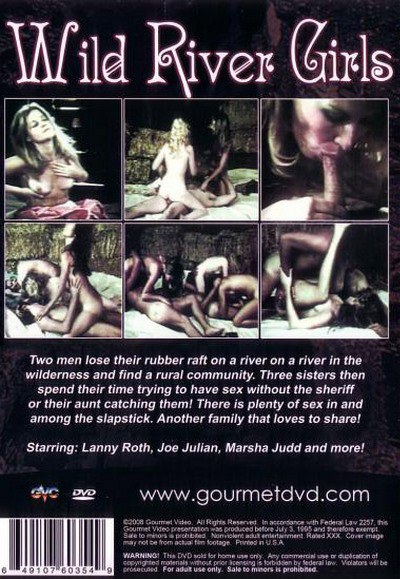 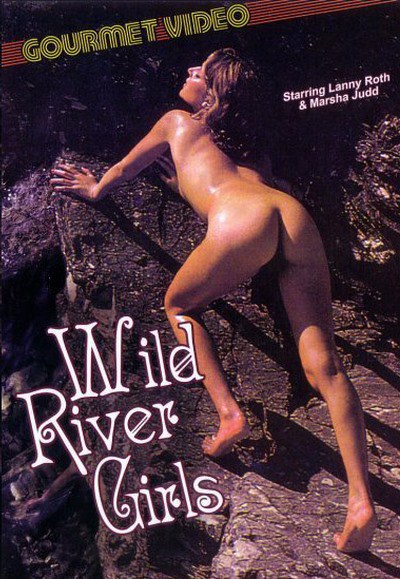 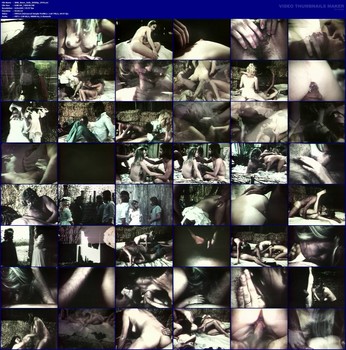 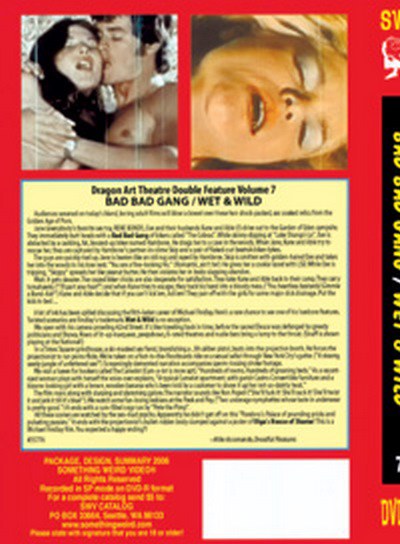 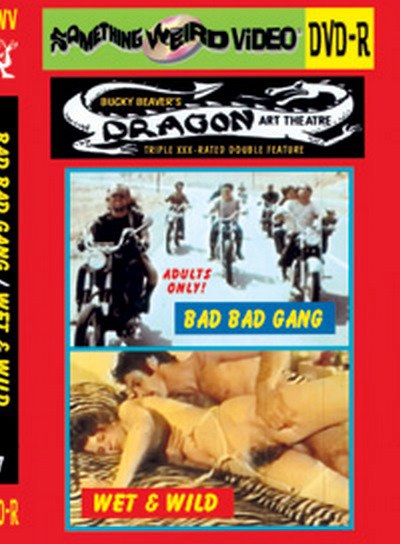 Year: 1976
Country: USA
Language: English
Genre: Classic, Feature, Straight, All Sex
Duration: 00:52:53
Cast: Michael Findlay, Judy Angel, Carol Connors, John Holmes, Ruthann Lott, Orrin North
Description: A lot of ink has been spilled discussing the filth-laden career of Michael Findlay. Here’s a rare chance to see one of his hardcore features. Twisted scenarios are Findlay’s trademark. Wet & Wild is no exception.
We open with his camera prowling 42nd Street. It’s like traveling back in time, before the sacred Deuce was defanged by greedy politicians and Disney. Rows of lit-up marquees, peepshows, X-rated theatres and nudie bars bring a lump to the throat. (Snuff is shown playing at the National!) In a Times Square grindhouse, a ski-masked sex fiend, brandishing a .38 caliber pistol, busts into the projection booth. He forces the projectionist to run porno flicks. We’re taken on a foot-to-the-floorboards ride on a sexual safari through New York City’s gutter. ("A steamy, seedy jungle of unfettered sex!") Screamingly demented narration accompanies sperm-tossing stroke footage.
We visit a haven for hookers called The Camelot (Cum-a-lot is more apt). "Hundreds of rooms. Hundreds of groaning beds." As a vacant-eyed woman plays with herself the voice-over explains, "A typical Camelot apartment, with garish Castro-Convertible furniture and a bizarre-looking girl with a brown, wooden banana who’s been told by a customer to shove it up her not-so-dainty twat."
The film roars along with slurping and slamming galore. The narrator sounds like Ron Popeil ("She’ll fuck it! She’ll suck it! She’ll twist it and jerk it till it’s blue!"). We watch some fun-loving lesbians at the Peek and Pay. ("Two underage nymphettes whose taste in underwear is pretty good.") It ends with a cum-filled orgy run by "Pete the Pimp".
All these scenes are watched by the sex-mad psycho. Apparently he didn’t get off on this "Pandora’s Palace of pounding pricks and pulsating pussies." It ends with the projectionist’s bullet-ridden body slumped against a poster of Olga’s House of Shame! This is a Michael Findlay film. You expected a happy ending?!
Video quality: VHSRip
Video Format: AVI
Video codec: XviD
Audio codec: MP3
Video: XviD 704×528 29.970 fps 1713 kbps
Audio: MP3 48000Hz stereo 128kbps
File Size: 699 MB
Screenshots and Screenlists: 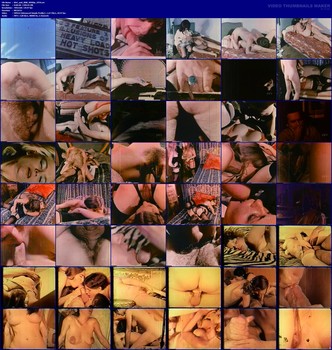 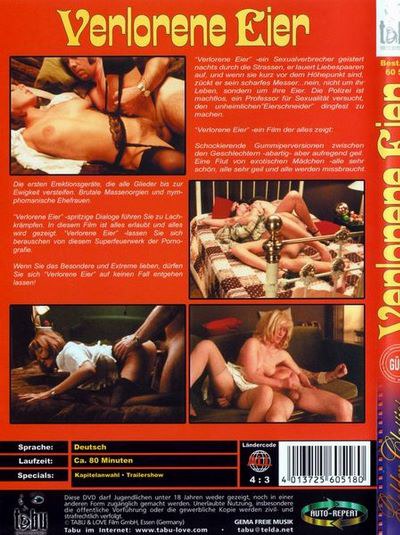 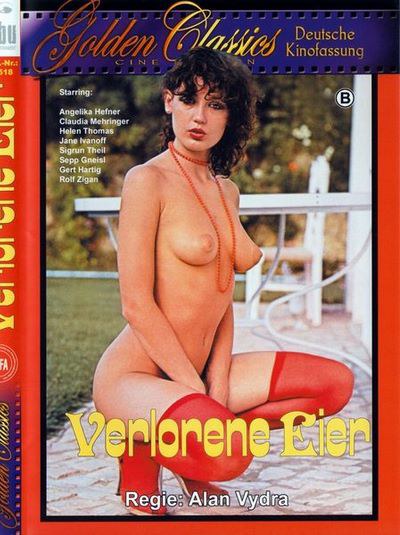 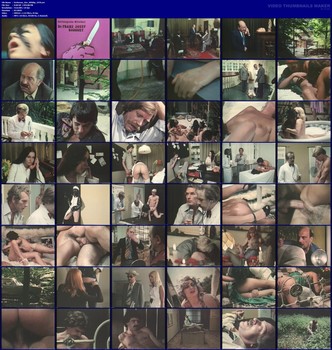 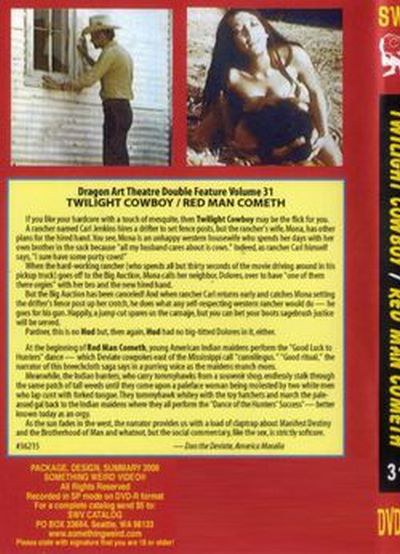 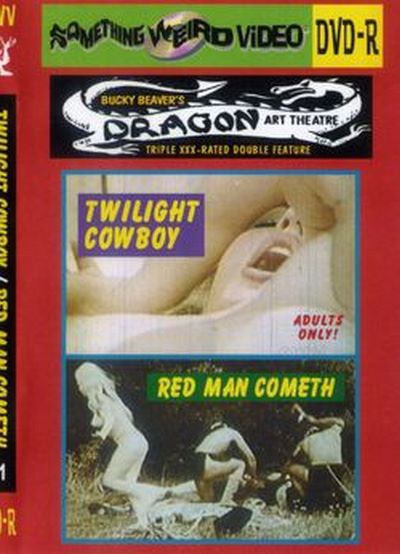 Year: 1976
Country: USA
Language: English
Genre: Classic, Feature, Straight, All Sex
Duration: 00:50:29
Description: If you like your hardcore with a touch of mesquite, then Twilight Cowboy may be the flick for you.
A rancher named Carl Jenkins hires a drifter to set fence posts, but the rancher’s wife, Mona, has other plans for the hired hand. You see, Mona is an unhappy western housewife who spends her days with her own brother in the sack because "all my husband cares about is cows." Indeed, as rancher Carl himself says, "I sure have some purty cows!"
When the hard-working rancher (who spends all but thirty seconds of the movie driving around in his pickup truck) goes off to the Big Auction, Mona calls her neighbor, Dolores, over to have "one of them there orgies" with her bro and the new hired hand.
But the Big Auction has been canceled! And when rancher Carl returns early and catches Mona setting the drifter’s fence post up her crotch, he does what any self-respecting western rancher would do – he goes for his gun. Happily, a jump cut spares us the carnage, but you can bet your boots sagebrush justice will be served.
Pardner, this is no Hud but, then again, Hud had no big-titted Dolores in it, either.
Video quality: VHSRip
Video Format: AVI
Video codec: XviD
Audio codec: MP3
Video: XviD 640×480 23.98fps 1803Kbps
Audio: MP3 48000Hz stereo 128kbps
File Size: 700 MB
Screenshots and Screenlists: 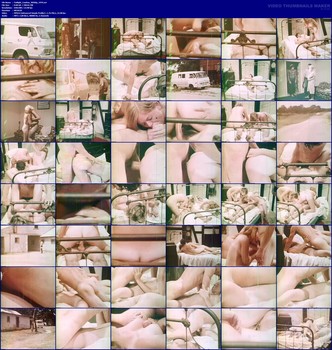 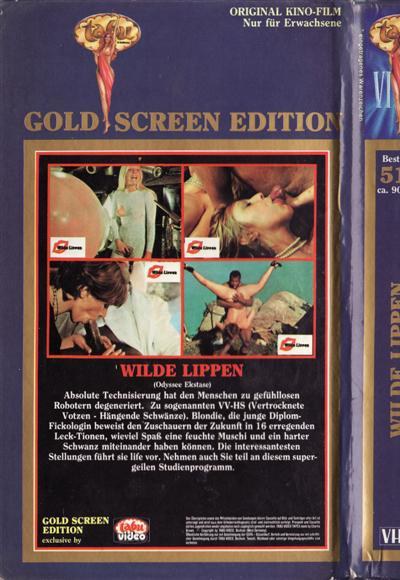 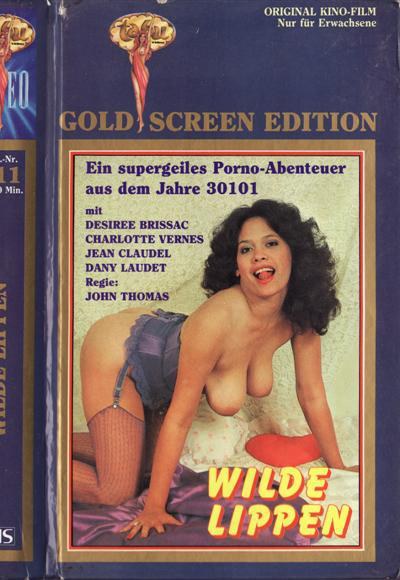 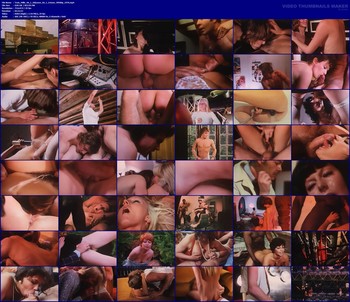 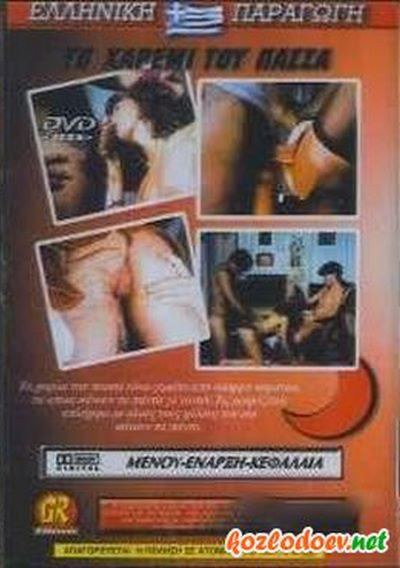 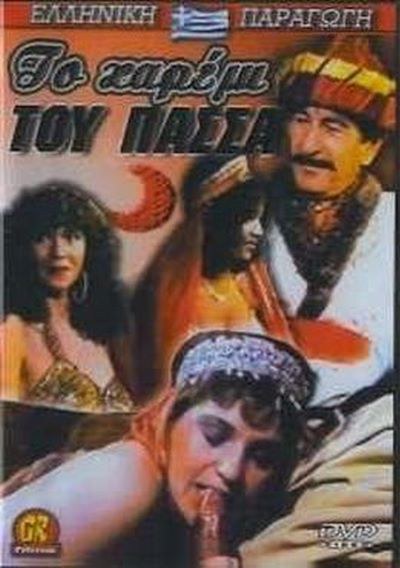 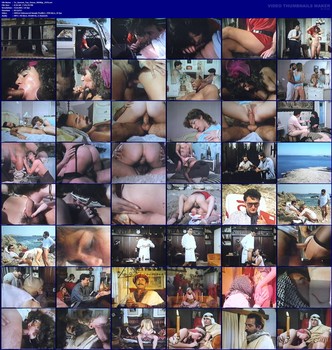 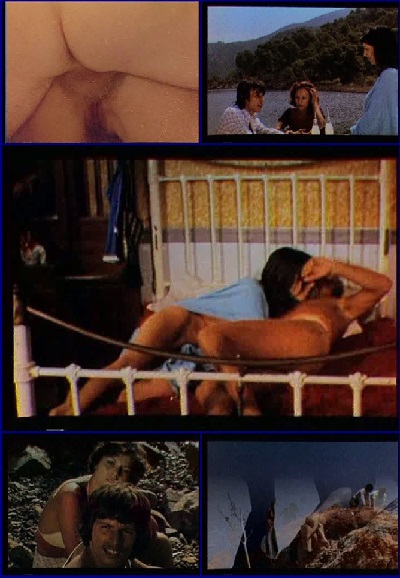 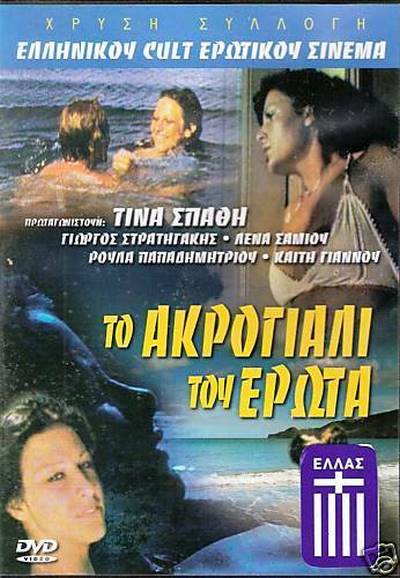 Year: 1976
Country: Greece
Language: Unknown / Other
Genre: Classic, Feature
Duration: 01:12:25
Cast: Tina Spathi, Qiorgos stratigakis, Roula papadimitriou, Kaiti giannou
Description: Suzanne and Pavlos are lovers who own a beach bar. They have taken in Georgos and Eli, a young couple who seem to have run away from home. Trouble begins at the moment when two more couples appear in the bay – they have just robbed a jewelry store and are striving to leave the country as soon as possible with all the loot. They take all four of the inhabitants of the bar hostage and have fun with the women with might and main. They later force Pavlos to help them leave the country. The same, in turn, flirts with the leader’s girlfriend, and with the help of Suzanne contacts the police.
Video quality: VHSRip
Video Format: AVI
Video codec: DivX
Audio codec: MP3
Video: DivX 5 720×480 25.00fps
Audio: MP3 48000Hz stereo 320kbps
File Size: 576 MB
Screenshots and Screenlists: 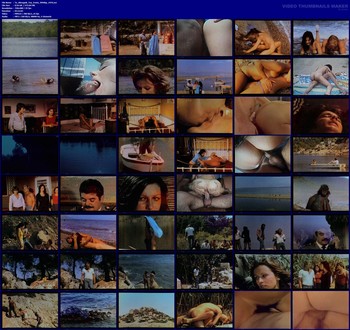 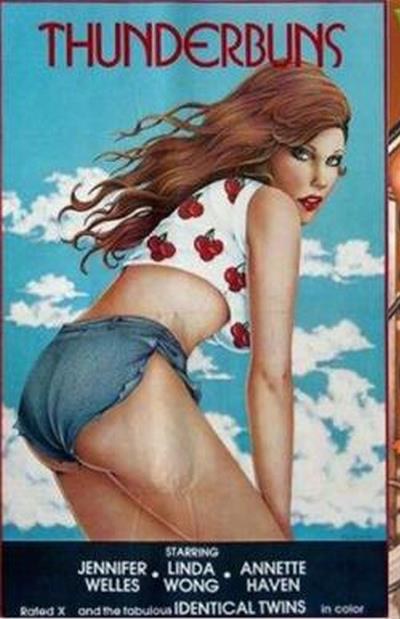 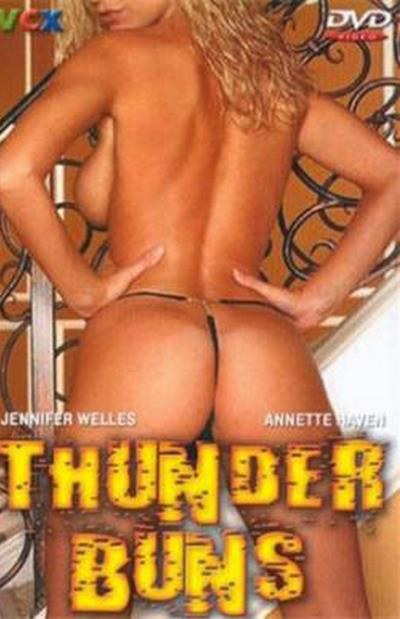 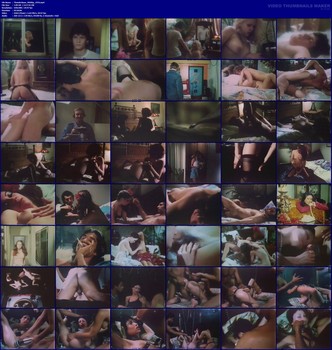